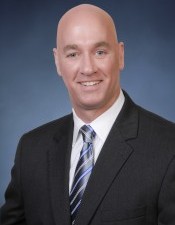 As many contractors and subcontractors know, despite high quality work, sometimes payment is hard to come by. No business can last if it isn’t compensated for its work. Contractors and sub-contractors are well aware of the general availability of the mechanic’s lien statute (Ind. Code sec 32-28-3 et seq.) as a means of obtaining payment from a recalcitrant client.

For the uninitiated, the mechanic’s lien statute generally provides that when property is improved through the application of labor or services, then the party providing such labor or services may place a lien on the property to compel payment. (Ind. Code sec 32-28-3-1).

Importantly, the mechanic’s lien statute provides that the lienholder shall also recover attorney’s fees and the cost of collection. See Clark v. Hunter, 861 N.E.2d 1202, 1209 (Ind. Ct. App. 2007) (award of reasonable attorney’s fees is mandatory). The recovery of attorney’s fees is important among other reasons because (1) construction disputes can be fact intensive and therefore expensive, and (2) the owner often has the “deep pockets” and can wear down the unpaid lienholder.

The general claimed that because the owner paid the contractual amount owed, and the surety bond removed the lien, that the subcontractor could not recover its attorney’s fees. The Indiana Court of Appeals supported.

On transfer, the Indiana Supreme Court disagreed with the Court of Appeals, holding that “it would be an unfair and certainly unintended result if … a general contractor could post a surety bond and avoid paying the attorney’s fees that it would otherwise have to pay if a subcontractor foreclosed on a lien, thereby leaving the subcontractor in a worse position than if it had foreclosed—especially when the subcontractor cannot object to the posting of a surety bond.” Goodrich Quality Theaters, Inc. v. Fostcorp Heating and Cooling, Inc., 39 N.E.3d 660, 665 (Ind. 2015).

The full decision in Goodrich can be found here. This article is not intended to be a definitive discussion regarding the complexities of a mechanic’s liens. For a thorough discussion of mechanic’s liens in Indiana, or any other related issues, please contact Syd Steele ssteele@kgrlaw.com , Steve Runyan srunyan@kgrlaw.com or any of our attorney’s here. It would be our pleasure to assist you in protecting your legal rights.