You are here: Home / Blog / The indemnification clause: Don’t copy and paste 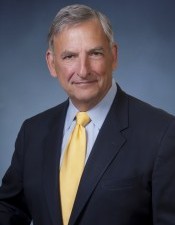 Although indemnification provisions are included in almost every engineering and construction contract, parties often overlook them, or merely copy and paste them between contracts.  Inattention to these provisions can result in catastrophic damages to an engineering firm, as Indiana courts place heavy reliance on the language the parties used in their contract.  The distinction between the duty to indemnify and the duty to defend and the ability to contract for indemnification of one’s own negligence is fraught with pitfalls for the careless drafter.

The law of torts

Under the law of “torts,” a person is responsible for the damage that they have caused.  In many cases, however, a plaintiff’s damages are caused by several different sources, which makes it difficult to allocate damages between defendants.  Instead of attempting to figure out which defendant caused which portion of the damage, the plaintiff can file suit against everyone involved.  Under Indiana’s Economic Loss Rule, a construction claimant with project damages is restricted to filing suit against the party with whom he or she had a contract.  The classic example of this is the case of the project owner suing the contractor and forcing the contractor to go after the subcontractors for damages that the contractor believes they caused.

The law of indemnification

Despite this “general” rule, the much more common scenario in the construction and engineering context is indemnification:  where one party, the indemnitor, compensates or agrees to compensate another party, the indemnitee, for loss or damage.  In the above scenario, the subcontractor may agree to indemnify the contractor against damage that results because of the subcontractor’s work.  This is known as express or contractual indemnification, and will likely be the most common type of indemnification encountered in the construction and engineering context.

Under Indiana law, “[a]n indemnity agreement involves a promise by one party (the indemnitor) to reimburse another party (the indemnitee) for the indemnitee’s loss, damage, or liability.”[1]  Despite this relatively simple definition, indemnification provisions in contracts are often referred to as “gotcha” provisions, since a party may not realize the magnitude of obligations it is accepting.

Party A shall defend, indemnify, and hold Party B, its officers, employees, and agents harmless from any and all claims, injuries, damages, losses, or suits including attorney fees, arising either directly or indirectly from any act or failure to act by Party A or any of its officers or employees, which may occur during or which may arise out of the performance of this agreement.

This example includes not only a duty to indemnify, but also a duty to defend.  These provisions, which appear in a similar form in nearly every construction and engineering contract, may have important and unforeseen consequences given Indiana courts’ tendency to allow parties almost complete freedom of contract.

As a general principle in Indiana, parties may contract as they desire.[2]  There are limits to this freedom however.  Indemnifying another party against its sole negligence in any construction or design contract is against public policy and is void and unenforceable.[3]

Courts also disfavor when parties contract away any negligence, and these provisions are “strictly construed and will not be held to provide indemnification unless it is so stated in clear and unequivocal terms.”[4] Careful drafting of these provisions is vitally important as a result of Indiana courts’ close scrutiny of them.

In Indiana, the statute quoted above says that the ability of an indemnitee to contract away its sole negligence does not pertain to highway contracts.   Through the efforts of ACEC-Indiana and others, the Legislature added limits to this exception.[5]   Regardless of the exception regarding highway contracts, INDOT may not require an engineer, architect or surveyor to assume any liability or indemnify the State for any amount greater than the actual degree of fault of that firm, regardless of what the INDOT contract says.  For example, a project overrun is found to be 60% attributable to the engineer and 40% to INDOT.  The engineer is responsible for only 60% of the resulting cost overrun, and INDOT pays its fair share.  If the overrun is the result of INDOT’s sole negligence, the engineer is exempt from any indemnification.  This provision only applies to professional services of engineers, architects and surveyors.  Highway contractors do not enjoy this reprieve of the “highway contracts” sole negligence indemnity provision.

Many indemnification provisions provide for both a duty to defend and a duty to indemnify, but the presence or lack of a duty to defend can make a significant difference in damages.  Only through careful review and drafting by counsel can these mistakes, among others, be avoided.

Kroger Gardis & Regas and our Construction Law Group provide counsel to engineers, architects and surveyors across Indiana.  You can contact Greg Cafouros at gpc@kgrlaw.com or by phone at 317-777-7411 for consultation and more information.

Previous Post: « The Bock’s Score: A Question of Legacy
Next Post: Case Study: Importance of careful drafting and review of contracts »