You are here: Home / News / Real Estate Property Rights: An Easement Holder May Not Sue for Trespass 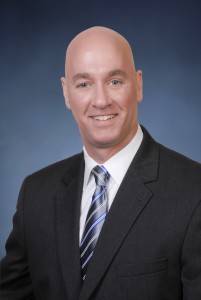 An easement holder, such as a public utility, cannot sue to physically remove a “trespasser” from the easement. That’s what the Indiana Court of Appeals recently decided. 1 Without standing to sue for trespass, the easement holder can stop the adverse party from using the property only if the adverse use injures the easement holder’s own use of the property, and that injury outweighs the reasonable necessity of the adverse party’s use of the property. This case pitted a municipality against a utility, but the same principles could just as easily be applied to any individual or entity with a nonpossessory interest in land, such as an easement, license, equitable servitude restrict covenant, or profit. Duke Energy held a utility easement in an area where the City of Franklin proposed to put an intersection. Duke claimed, among other things, that the City did not have any property rights in the intersection, and therefore the City was nothing more than a trespasser and should be barred from constructing the intersection. As the Court of Appeals held, “Duke is essentially pursuing an ejectment action based on alleged trespass.” The City claimed it did have interests in the property (obtained alternatively through a Road Transfer Memorandum of Agreement, dedication, the doctrine of public usage, or prescriptive easement/adverse possession). The City argued that an easement holder cannot pursue a trespass claim or seek an ejectment and therefore even if the City did not have property rights, Duke, did not have standing to pursue an ejectment action because it was a mere easement holder. Finding that issue dispositive, the Court of Appeals did not decide whether the City had a property interest. The Court’s holding relied on prior rulings that a trespass action requires interference with the plaintiff’s exclusive possession of the property – ergo, the plaintiff in a trespass action must have exclusive possession of the land. However an easement provides a right to use property, not a right to possess the property. Therefore the easement holder, lacking possessory rights, also lacks the right to sue for trespass. Because Duke could not prevail in its trespass action, the Court considered whether the proposed intersection would impose an impermissible burden on Duke’s easement rights. This question was answered by considering the reasonable necessity of the intersection and the injurious effect of the intersection to Duke. The trial court entered findings that the intersection was reasonably necessary because the change was an effort to beautify the corridor, enhance safety and spur economic development. The trial court also found that the change to the intersection did not affect Duke’s ability to repair or maintain its property within the easement (no injurious effect). On appeal, the Court of Appeals held that the evidence at trial supported the trial court’s findings, and the findings were more than sufficient to support the conclusion that the City’s reasonable need for the intersection change outweighed any injurious effect that the intersection change would have on Duke’s use of its easement. Consequently, the trial court correctly held that Duke did not have a reasonable likelihood of success at trial and properly denied Duke’s request for injunctive relief. What do we learn from this case? Clearly an easement holder cannot eject a trespasser. If you are going to obtain an easement or other non-possessory interest, consider whether you want to require the fee simple owner to take action against any trespasser, assign you the rights to do so, or to indemnify you for injury caused by a trespasser. Second, clearly spell out in the easement the purpose of the easement and the scope of your rights. Third, this matter was heard on short notice in Duke’s pursuit of injunctive relief. If more time had been available to search for records, the question of trespass may have been avoided altogether. For a thorough discussion of these issues, or if you have other questions regarding your rights, please contact Steve Runyan or Kevin Koons, or one of our attorneys here to discuss your situation. It would be our pleasure to assist you.

Previous Post: « Chances are your taxes are due earlier this year.
Next Post: Bill Bock helps keep the Olympic playing field level. »