You are here: Home / Banking and Commercial Transactions / Lender Beware: The Unintended Consequence of Loan Modifications 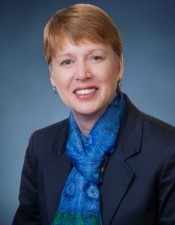 The Indiana Court of Appeals recently affirmed a trial court order releasing a surety’s property from the lien of a mortgage, because the Lender and borrower modified secured obligation without the surety’s consent.

As an initial matter, a surety is a person who pledges collateral to a lender to secure repayment of a loan to another.  Like a guarantor, a surety does not receive the loan proceeds, and may not receive any direct benefit from the loan.

First Federal Bank of the Midwest (“First Federal”) extended a single $300,000 open-ended line of credit to a company (“Borrower”) solely owned by David Greenwalt (“David”).  As consideration for the loan, David provided First Federal a guaranty, and David and his then wife Karen Greenwalt (“Greenwalt”) executed a mortgage in favor of First Federal on a 121 acre parcel of land (“Tract One”) and a 40 acre parcel of land (“Tract Two”).  The Mortgage explicitly stated it secured a maximum $300,000 line of credit to Borrower.

Over the next seven years, First Federal extended the maturity of the line of credit via a series of renewal notes, and extended an additional $161,000 of credit to Borrower.  In 2009, First Federal converted the line of credit to a “closed end LOC”.  Instead of the original monthly interest-only payments, the 2009 modification required Borrower to pay monthly principal and accrued interest payments over 35 months.  Greenwalt was not notified of any of the renewals or modifications of the loan.

David eventually filed for bankruptcy protection, and his guaranty obligations to First Federal were discharged in 2011.  During the bankruptcy, First Federal liquidated all of Borrower’s collateral, as well as David’s Tract Two, then filed suit against Greenwalt to foreclose the Mortgage against Tract One.  The Court of Appeals affirmed the trial court’s order releasing Tract One from the lien of the Mortgage.

Citing established case law, the Court held First Federal’s conversion of the line of credit to what amounted to a term loan, with the accompanying payment modification, constituted a “material alteration” of the loan.  And, since the material alteration was completed without any notice to Greenwalt as the surety, her surety obligations evidenced by the Mortgage were released.

A guarantor in the same situation – assuming the guaranty does not contain a prior consent provision – would also be released from her guaranty obligations.

For more information about how to prevent the release of a surety as a result of loan modifications, please contact Melissa De Groff, or any member of our Banking and Commercial Transactions team.

Previous Post: « A GUARANTY BY AMBUSH OR “OOPS – WHAT DID THAT AGREEMENT SAY?”
Next Post: Marion County Landlord Registry »

We are pleased to announce Erika Steuerwald recently joined KGR. …

A 2020 Stanford University study found that in one year, Indiana …

Q&A with Jason Mizzell, associate Why did you become an …

It may sound like a bargain to create a will or a trust online. …

We are pleased to announce Eric Neuburger joined KGR as Of …