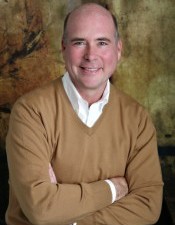 The Seventh Circuit Court of Appeals recently held in Nunez v. Indiana Department of Child Services that Indiana may not be sued for alleged violations of the Fair Labor Standards Act (“FLSA”).

Two employees of Indiana Department of Child Services (the “Department”) sued the Department for violation of FLSA alleging that the employees had not been paid for overtime they were required to work.  The trial court dismissed the lawsuit, holding that Indiana was immune from suit pursuant to the Eleventh Amendment (which provides “The Judicial power of the United States shall not be construed to extend to any suit in law or equity, commenced or prosecuted against one of the United States by Citizens of another State, or by Citizens or Subjects of any Foreign State”).  In short, the Eleventh Amendment prevents private suits against states in federal court.

The United States Supreme Court held in 1999 that the FLSA did not abrogate immunity, but that states could consent to suits for violation of the FLSA. Alden v. Maine, 527 U.S. 706 (1999).

A waiver of immunity can occur in any of 3 circumstances:  When a plaintiff seeks prospective equitable relief against a state official, when Congress abrogates immunity through legislative enactment (which did not occur with FLSA per Alden), or when a state waives immunity and consents to suit.

The plaintiffs claimed that Indiana had waived immunity and consented to suit.  First they claimed a waiver within the Indiana Code which contains a statute of limitations for contract claims against the state.  However, the Seventh Circuit rejected that such general language could create a waiver.

The plaintiffs countered that the Tort Claims Act expressly disclaims a waiver, and since the contract statute of limitations did not disclaim a waiver, it should be read as granting a waiver.  The Seventh Circuit held that one express disclaimer of warranty cannot be used to create a “sweeping implied waiver of immunity for every other category of cases.”

Plaintiffs also claimed a three-step argument: Indiana permits units to enter into contracts, an employment relationship is contractual, and the FLSA is read into all contracts.

The Seventh Circuit rejected this argument as well, holding among other things, that there was again no explicit waiver of immunity, as required by law.

As a result, private citizens may not sue Indiana for alleged violations of the FLSA.

This article is not intended to be a definitive discussion regarding the complexities of the issues discussed above.  To continue a discussion of the issues presented in this article, or if you are facing a dispute now, please contact Brian Bosma (bbosma@kgrlaw.com), or any of our attorney’s here. It would be our pleasure to assist you.