You are here: Home / Blog / A GUARANTY BY AMBUSH OR “OOPS – WHAT DID THAT AGREEMENT SAY?” 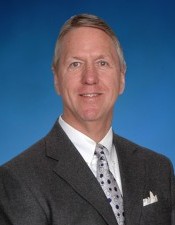 In the case of Smith v. M&M Pump and Supply, Inc., decided by the Indiana Court of Appeals in August 2015, David Smith was a superintendent who was sent by his employer to sign a credit agreement for the employer to be able to obtain parts and equipment from M&M.  The credit agreement not only provided for credit to be extended to Smith’s employer but provided that the person signing the agreement was personally liable as a guarantor of payment on the account.  After Smith’s employer filed bankruptcy and failed to pay M&M, it sued Smith on the guaranty language contained in the credit agreement.  Smith first claimed that he was not liable because he did not receive anything of benefit in return for his guaranty – a lack of consideration defense.  The Court held that the credit extended to Smith’s employer by M&M was sufficient consideration for Smith’s guaranty.

Smith then claimed that “. . . he did not know he was signing a guaranty.”  In Indiana, a person is presumed to understand documents which he signs and cannot be released from the terms of the contract due to their failure to read it.

Smith wasn’t concerned about the language of the credit agreement since he believed it only applied to his employer.  It’s easy to conclude Smith didn’t bother to read the agreement since he didn’t think it affected him.  Sometimes contracts we sign are so voluminous or the print so fine we don’t spend time trying to understand them.  Car rental agreements are a good example – we think we know what it says.  In most instances, we probably do and we also assume our liabilities are likely covered by our auto insurance.  Whenever you sign a contract that is out of the ordinary, you need to understand what’s in it or get someone who does to explain it.

If you are signing for someone else, such as a company you own or work for, you need to be sure that the agreement is within the scope of your authority so that, for example, your employer won’t later disavow your right to sign the agreement.  A person who signs an agreement as an agent, but doesn’t have sufficient authority to bind their principal ends up binding himself.